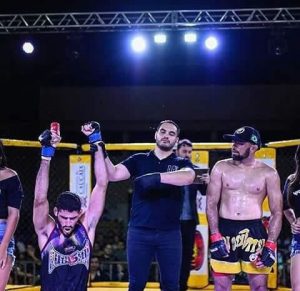 Last September 22nd, the “Victorious Fight Championship”, an event of MMA that the municipality of Caucaia hosted and gathered several exponents of Ultimate Fighting and Mixed Martial Arts (MMA) – were several fights of the highest level and with a massive presence of the public. We emphasize in particular the performance of the Fighter Sport athlete, Israel Oliveira, who showed a well-matched fight game between strategy and nullification of all attacks of the opponent; Such superiority culminated in the victory in all the disputed rounds. “Israel is undoubtedly one of the best athletes of its category in the state. We are very confident in the serious and committed work that our team is developing, and we can expect bigger flights for him,” says Grand Master Evilázio Feitoza – team leader.