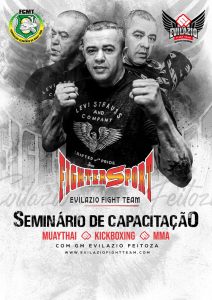 I had a good chat with my friend the Great Master Evilázio Feitosa and you can follow it below:

I started looking through the past and talking about your Total Contact struggles and I took the opportunity to ask who was your toughest opponent?

Isaú Matos Soares, the “Torrão” without belittling the others, but he really had a game of getting into the opponents’ Psychological, I had the honor and joy of being the Brazilian champion over him and after that he beat me by knockout, it was a fight that he would not be the opponent, but it happened and it was in the program of the late Goulart de Andrade.

I asked about organizing championships and other events:

I always helped Mestre Adriano Silva in the promotions of his events, behind the scenes, but in 1999 I held in São Paulo the first inter state with representatives from Maranhão, Bahia, Minas, Espírito Santo, Rio de Janeiro, Ceará and São Paulo. I think, if I’m not mistaken the first time Wanderlei fought receiving a scholarship, he was champion just like Pelé. 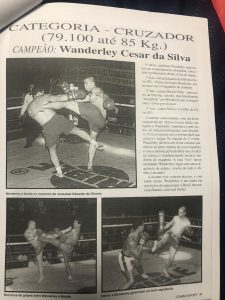 I wanted to know from Mestre and friend how he was seeing Muay Thai in Ceará and in the world:

I think that Muay Thai in Ceará and in the World has grown a lot, although I think that in a somewhat disordered way because people see it as a way of life, to earn money, and they don’t want to be students, they want to be just a teacher, but I see Brazil as a great fundamental storehouse for the real growth of this sport in the world, even though Thailândia was the birthplace, warriors like Pelé, Wanderlei started to use the sport in Vale Tudo giving enormous visibility and contrary to what everyone says that Brazil does not have Muay Thai, in my opinion they were responsible for this explosion in the world of Muay Thai, I saw Muay Thai grow through fighters like Marco Ruas, Pedro Rizzo and as Pelé and Wanderley have already said.

I was curious to know which MMA fighters filled his eyes:

In current MMA athletes that fill my eyes is that champion boy Deivison, already a reality, and I think he will remain for many years, Gilbert Durinho who will be champion, Borrachinha who I believe will also win the belt, Amanda Ribas that pleases too much, I think Brazil will soon again dominate the world MMA scene again with the awareness of training the MIX and not just the original mode.

I then left the Master at ease to offer his thanks:

From now on, thank God, you Olivar for your work as a journalist, announcer, fighter, and all the people who support me, who follow me, I want to continue contributing, taking the knowledge and also learning like this kids, who practice martial arts, I want to inform everyone that at the end of the year I will be in Brazil for a sequence of seminars, we have already closed, São Paulo, Fortaleza and I would love to go to Maranhão.

My thanks to everyone!

So Master Evilazio ended our conversation.

NOTE: The Maranhão native was Francisco Silva de Andrade, a student at Dojô and was champion in the category up to 63 kg. 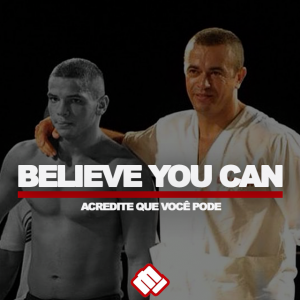 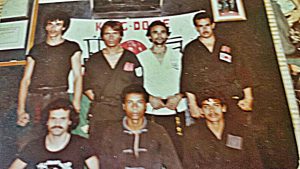 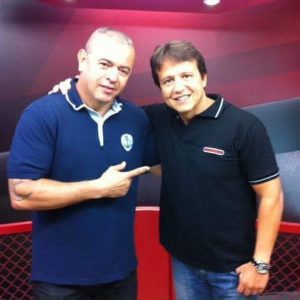 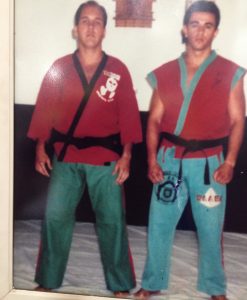 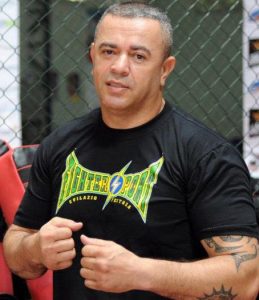