The Grand Master Evilazio Feitoza promoted the first great martial arts event in Brazil, it was the OPEN BRAZIL KICK BOXING FREE STYLE, held on June 24, 1995 at the Toco Dance Club in the city of São Paulo and served as a qualifying tournament for the event COPA BRASIL – PORTUGAL, international event held in the second half of 1995 also in São Paulo-SP.

This event was an achievement of the ISKA – International Sport Kick Boxing Association, its official representative and promoter was the Grand Master Evilazio Feitoza, which was supported by the Combat Magazine. It was a watershed in the world of fighting. He paid astronomical scholarships for the season and gave status as a major event promoter to GM Evilazio Feitoza.

The OPEN BRAZIL KICK BOXING FREE STYLE was also the great launcher of MMA big names until today, as José Landy, Professor of the fighter Pele Landy, Master Rafael Coredeiro and had as champion of one of the categories Wanderlei Silva.

Check out the relics of the period and the videos of the time. 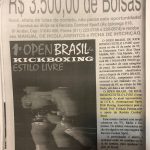 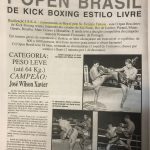 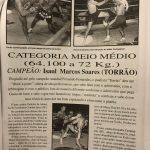 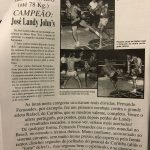 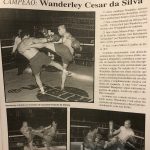 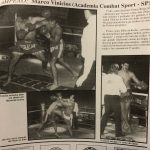